The oxygen–hemoglobin dissociation curve, or oxygen dissociation curve, relates the proportion of hemoglobin in its saturated form (SO2) on the vertical axis against the oxygen tension (pO2) on the horizontal axis. As taught in basic physiology courses it has profound clinical importance, applicable to numerous situations of health and disease, from cardiogenic shock to respiratory failure. It is fundamental to the practice of critical care as it is a major determinant of oxygen delivery. Originally explored over a century ago, there are also well-described modifiers of this curve, shifting it to the left or the right, such as the blood acidity (pH), PCO2 tension, fetal hemoglobin levels, temperature and 2,3 DPG concentrations. Its sigmoidal shape received attention by many prominent physiologists – One of the earliest mathematical descriptions is the well-known Hill’s equation, a simple equation proposed in 1910. Following this, other models have been developed. However, these equations have been derived using relatively few measurements and in a non-clinical setting. Additionally, the oxygen dissociation curve as described classically is a single curve, theoretically without any variability once the above-mentioned modifiers have been accounted for. 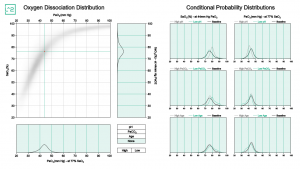 We sought to use big data from a large population of patients to examine this relationship in “real-life settings”. Collecting over 100,000 blood gas samples taken from critically-ill children admitted to the intensive care unit at the Hospital for Sick Children (Sickkids) in Toronto we explored the nature of the relation between pO2 and SO2.

This app presents the Oxygen Dissociation Distribution: A Two-dimensional distribution relating pO2 and SO2 derived from 112,101 blood gas tests, bin size 1 mmHg by 1%. Probability density presented using a gray colormap. Using the mouse cursor, the partial conditional distributions of pO2 at a given SO2 value and vice versa can be explored.

View the chart online at http://media.laussenlabs.ca/figures/oxygen-dissociation/ 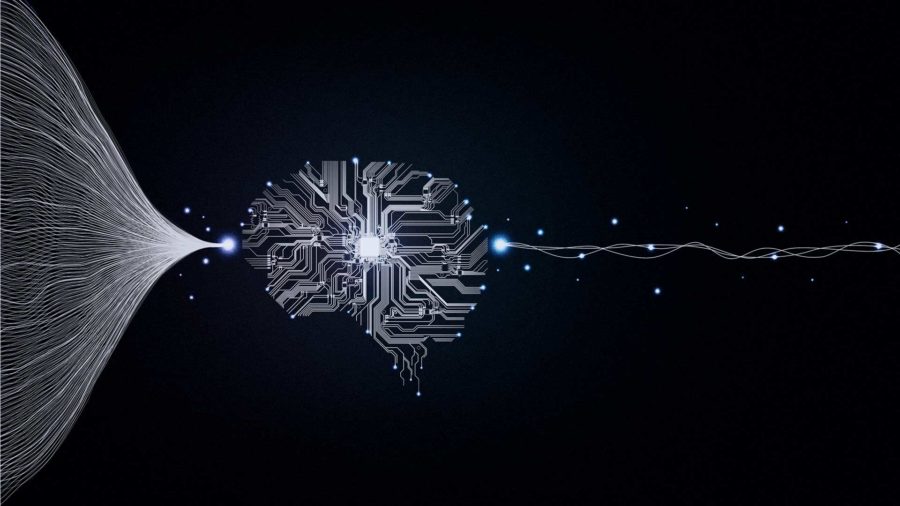 NBC News, Dr. Peter Laussen’s interview on “How hospitals are using AI to save their sickest patients and curb ‘alarm fatigue’ “.

NBC News, Dr. Peter Laussen’s interview on “How hospitals are using AI to save their sickest patients and curb ‘alarm fatigue’ “.

Copyright © 2019 The Hospital for Sick Children (SickKids). All rights reserved.